A group for contestants and lovers of the Channel 4 game show 'Countdown'.

Discuss anything that happened in recent games. This is the place to post any words you got that beat Dictionary Corner, or numbers games that evaded Rachel.

Peter Etherington won on Countdown for the third time, though the last two came in 1992. Can he wrap up the week with a second? It won't be easy, because for the second day in a row, Peter has to face a strong female apterite. This time it's the top ranked woman on apterous, Jen Steadman. How will they both do?

Join...Andy? For the recap later?
Top

animist for a beater in R2
Possibly the first contestant to accelerate with a mic clipped...
Top 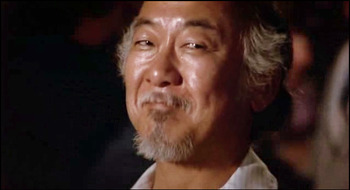 Eoin Monaghan wrote:
He may not be liked on here, but you have to give some credit to Mark

RHENIUM in round 11.
Top

I got that too.

But then went for minuter in one of the rounds.
Top

Is apolunes a valid word ?
Top

Sadly, APOLUNE is only valid in the singular, nice try though.
Top

Sadly, APOLUNE is only valid in the singular, nice try though.

It used to be in until someone noticed that it was a singular only, so it would've been good in the past.

Great start, Jen. Nothing like getting a century to calm the nerves of a débutante.

BASTIDES in round 1 for a nice alternative.

Thanks guys! Was so nervous going on set that I genuinely thought I was going to puke. Fortunately this didn't happen. The numbers were absolutely terrifying (only seemed to have 20 seconds instead of 30) but the letters were fine. Peter was a really lovely bloke so I felt a bit bad ruining his birthday game! Hope I didn't come across too awkwardly (haven't seen the game yet)

"There's leaders, and there's followers, but I'd rather be a dick than a swallower" - Aristotle
Top

Well done Jen, you came across really well. So much so that my 93 year old granny (who has watched every show and was my biggest fan and critic during my run!) rang me and said she hopes you win the series. I kind of hoped she'd back me but she's a wise woman

I remember APOLUNES being controversially allowed a few years ago.

These were the two things that I especially wanted to mention, so I've not much to add to that! A nice touch giving Peter a birthday present, and well done Jen on getting a ton first up against a strong champion. Looking forward to more!
Mike Brown: "Round 12: T N R S A E I G U

Another niner for Adam and yet another century. Well done, that man."
Top

And congratulations to Adam, who is now up to date having apparently watched about three weeks of Countdown in one go.
Top
Post Reply
17 posts • Page 1 of 1

Users browsing this forum: No registered users and 23 guests