A group for contestants and lovers of the Channel 4 game show 'Countdown'.

By the way, if anyone was wondering where all the bedroom action was in that epic post, it wasn't an omission, nor was it a rare moment of tact by Matt, there just wasn't any. None at all, not a sausage. And come to think of it, there hasn't been any in the fucking week it took him to write that pos...

Re: Countdowners with Toasters

I like making the toast go cold then eating one crust before splitting the rest of the toast in half, so you get little thin bits of crispiness one side and softiness the other. And i don't put anything on it, just leave it commando.
I think I invented this dish. Try it.

Jim I'll give you ten English pounds if you touch me.

The result in inches? Just short of eleven.

And can I have likes please for providing Ryan with Matt's address?

Re: Countdown in London | 22nd May | Registration full!

Michael Wallace wrote:I reckon Co:Lon '11 will feature a rule that everyone has to bring enough t-shirts so they can wear a different one for every game.

I'm not sure MWM can think of enough jokes to make that happen for us.

I love Raisin Wheats, and all of the supermarket versions of them, particularly Waitrose's. They are perfect. They don't go soggy, and they taste all healthy on the outside with a little burst of sweetness on the inside. And they're pillows. And I had a big row with Bridget in our Year 10 ICT class ...

"Nothing will benefit human health and increase chances for survival of life on Earth as much as the evolution to a vegetarian diet." Albert Einstein

Re: Which Countdowners would you interbreed?

Jon I told you about Matt's erectile dysfunction in private. Could you be more sensitive please.

Matt Morrison wrote:You know you're playing too much apterous when...

...you have actually missed out on sex for the sake of "one more game". On more than one occasion.

...you just covered a Chemistry lesson and you taught a class of teenagers that Kirk Bevins destroyed the periodic table, beacuse only Kirk Bevins understands the element of surprise.

Matt Morrison makes a picture of you to represent your team in the Apterous World Cup, and you track down the person who's head you've been superimposed on to and send him a facebook friend request, and he accepts.

Ben Hunter wrote:When your girlfriend points at your c4c display pic and shouts "that's you" and starts sobbing and after you've finished your marathon Letters Attack with Prune you turn around and all her stuff is gone.

..when you actually meet your girlfriend/boyfriend on apterous.

Re: What's your ringtone?

Kirk Bevins wrote:Mine's on vibrate as it's the only stimulation I get.

Me too. We should swap numbers and give each other missed calls.

Re: The Cryptic Countdown Forummers Comp - 2010 This is a good RE joke. Well done Matt Morrison.

You do love an erection? Oh.

I resemble that remark.

Heather Badcock wrote:My Maths teacher tried to snog me when I was in year 11, but I denied him. This might explain why I was in set 1, despite my apalling numerical ability.

Is this also what gave you the idea of becoming a teacher though?

I do love rejection.

My Maths teacher tried to snog me when I was in year 11, but I denied him. This might explain why I was in set 1, despite my apalling numerical ability.

Someone in my office has just pointed out that the bananas in Mario Kart reflect the correct opening system: 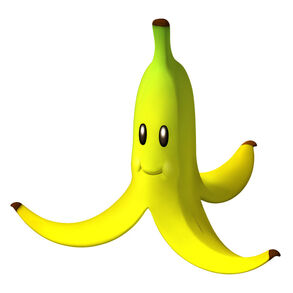 Well, hardly anyone does what their surname suggests do they

Re: How to make darts better

Re: How to make darts better

Can't they just make the board and the darts loads bigger? The poor bastards in the audience have such a hard time seeing what's going on that they seem to turn to drink and loutish behaviour. I reckon if you used one of them archery boards and some javelins that would be much better. And more civil...

That is so wrong it's very right. I am going to be wearing my Bentley t-shirt for the rest of the World Cup.

And who knew I had such an amazing chest? Another member has bullied me into joining the forum. I don't name drop as much as him.